Home > PR > How reporter feedback is good for pitching

How reporter feedback is good for pitching 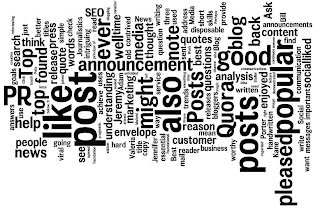 Would a reporter help you pitch a story?  Not likely, but my point has more to do with active listening than actively helping.

When I get a piece of news that I think it going to be hot, I’ll often send a pitch to one or two reporters that I’ve developed a professional working relationship with a day or two early.  First, since, I’ve worked with them before, I want to grow that relationship and allow them the “first right of refusal” or so to speak. Second, the response I get is often pretty valuable feedback.
Feedback can come in several forms:
1.  You’re drinking Kool-Aid.   This response is pointed.  Thanks for the note, but not something we’d cover.  It’s a clue that says a) you need to refine your pitch to tap into a trend and make it relevant or b) you’re news just isn’t so hot.  Save your efforts.
2. Questions.  If you get a lot of questions back, those that aren’t asking for more information, but for clarity, perhaps your pitch isn’t clear.  Sure it makes perfect sense to you, but go back to the drawing board and reconsider.  Try bouncing your ideas of other colleagues.

3.  Not now but… The “not now but…” response is often the best kind.  Usually it’s when the news is interesting, but wouldn’t merit coverage on its own.  Play close attention to these responses because they often give insight into the trend or angle that the reporter is considering.  Often, I’ve found that if I listen closely to those responses, I find a salient point that allows me to refine and improve the pitch.