Home > Marketing > Why the change in approach now? (Part II of III)

Why the change in approach now? (Part II of III) 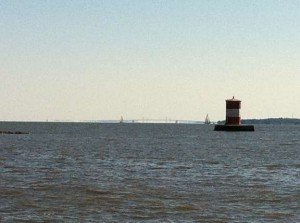 Note:  This is the second post in a series on how Social media is making marketing more like PR.  This series is an effort to reflect and expand on earlier thoughts on why marketing looks more like PR, posted in September.

Why the change in approach now?

Social media is clearly the catalyst for convergence, as Kary Delaria remarked on Minnesota Public Relations Blog, a blog by the local PRSA chapter, “It became clearer to me in the past few weeks when working on a variety of proposals – some which were ‘marketing’ proposals and others that were ‘public relations’ proposals. When you bring social media tools into the communications strategy, the lines between ‘public relations’ and ‘marketing’ are increasingly blurred.”

Blurred perhaps, but social media has only accelerated an effect that’s materialized over the course of several years. The citation of popular book titles in the previous post in this series, which were published over the course of a decade, is intended to illustrate this point. For example, Listservs, online bulletin boards, even e-mail have existed for many years and all contain characteristics we liken to social media – and these mediums were subtly changing our approach.   Yet the social web has brought new elements – speed, velocity and a personalization – which we couldn’t have imagined ten years ago.

Facebook provides a case in point. When a person likes a brand on Facebook, they are inviting that organization to participate in their daily life via the news stream in a way we’ve never seen before; it is…for lack of a better term…intimate. A fan voluntarily, very publicly – and in front of their closest contacts – says “I like this brand.” As a result that brand’s status updates appear in their newsfeed right alongside pictures and posts from their family and friends.  It’s an enormous opportunity, but it’s also an enormous responsibility. More importantly, it’s why a conversational approach is more appropriate, if not more effective.

by Frank Strong Note:  Previously I have written that  marketing increasingly looks like PR. This post is the first in a series...