Ergo Ego: Personal Brands and the Top 10 PR Whatever 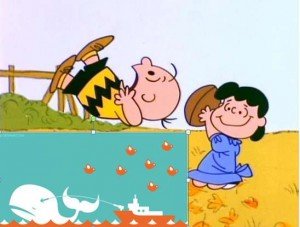 Photo credit: FashionablyGeek | Diary of Why

@DannyBrown isn’t afraid to call it like he sees it and he doesn’t shy from shock value.  He’s managed to work parts of the human anatomy for both genders equally into his headlines.

I don’t endorse his word choice, but I do agree with his message:  the chitter-chatter about whose ego is bigger is tiresome, offers little value and doesn’t get us any further. In fact, it’s a regression. A four year-old level, Danny says to be precise.

One of my biggest pet peeves is lists.  Not the making of them – I very much like to read lists, to see who my peers have picked, as savvy PR people to follow – rather it’s the subsequent outcome.  The “Top 100 PRs on Twitter” posted on EverythingPR a short while ago is a good example:  just check out the commentary on this post. Some of the comments I’ve seen in posts of late could be books, let alone blog posts in and of themselves.

“There’s one more reason I think this type of post is more popular – controversy,” wrote Jeremy Porter on Journalistics. “Anytime I rank something, I get above average comments about my flawed methodology or all the people, places and things I left off the list (usually it’s egos getting the best of people – sometimes I really do screw up).”

The ego part tears me up, because I grew up in an agency world where PR was behind the scenes – becoming the story was a bad thing.  Social media has changed this – especially when PR pros have more fans and followers than the journalists they pitch.  It’s given rise to this notion of a “personal brand” a concept I find dubious, though I’ve personally struggled with where that line is drawn between work and personal interest.

Despite my roots, I’ve accepted that to some degree the two will intersect though I live by the philosophy the brand comes first.  To the extent I can lend credibility to the brand, so be it, but avoid the vice-versa.

There’s one exception that comes to mind:  if you own your own firm or have a stake in it.  I believe there’s value to the celebrity CEO – in fact have some forthcoming social media monitoring research that will help demonstrate this point.  For now, it’s service above self.

My thinking is with the risqué guy north of my border:  save the ego, focus the energy on researching and writing good content. The rest will fall in place.

Photo credit:  FashionablyGeek  | Diary of Why

“So, how are you supposed to win the affinity of consumers?” wrote Ragan.com on its blog PR Junkie.  “Easy. Give...