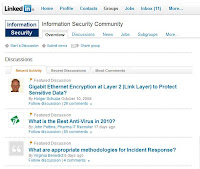 Holger Schulze has a secret: The B2B marketing expert created a LinkedIn Group that generates qualified and measurable sale leads.

How many leads? He’d like to keep that under wraps, but he does say his group provides his company with the highest quality leads. He has another secret: It happened almost by accident.

Schulze doesn’t “sell” his company’s products to the group, instead he has remained neutral and consultative and focused on engagement with the community. The result? The community grew and began to see Schulze, as a trusted source of information and by extension his company, as a preferred vendor of choice.

He started the Information Security Community in 2007 for the purpose of creating a forum that provides security professionals with the world’s best place to connect and exchange information on data security and related topics.

“Frankly, the group was more of an experiment than a carefully planned and executed project,” said Schulze, in an e-mail interview. “Nobody knew what this would turn into.”

The group has become single largest and most active groups in the information security space with more than 60,000 members – and it’s still growing at a rate of 100 new members per day. More importantly, this growth has been purely organic – word-of-mouth – as zero financial resources have been allocated to promoting the group. The momentum hasn’t slowed with size, says Schulze, to the contrary, it’s actually accelerated.

Foster meaningful conversations.Vendor-neutrality means that community members have the opportunity to develop meaningful conversations, without being sold to. In addition, LinkedIn’s “long form” discussion format means these conversations exist in a depth and breadth that’s unmatched in other social platforms. The benefit is that community members are afforded the opportunity to find, connect and establish business relationships that provide advice, feedback and opportunities. In other words, it’s about the community, not about vendors.

Activate a vocal minority. Schulze says generally, for every 100 community members, the group has 90 passive and nine active consumers – those who occasionally answer questions or participate in discussion. Only about one out of every hundred members actively creates new discussions and posts content to the community. This vocal minority are pivotal to building a community, and growing its membership. Once the group reached a critical mass – about 1,000 members – rapid organic growth began to take root.

Create a logo worth sharing. When a new member joins a community on LinkedIn, that user has the option to display the group logo on their profile page. In turn, their contacts may see that logo and also decide to join the group which often has a snowball effect. This was the case with Schulze’s group, after about six months, a number of “influencers” – industry analysts, security gurus and published authors – began joining the group and displaying its logo on their profile. Given these influencers have large followings, by virtue of joining the group, these leaders influenced others to join the group as well: membership soared.

Facilitate compelling content. Nothing destroys a good group like spam or off topic posts to Webinars or blogs that aren’t relevant to the conversation. However once the group reaches a certain size, it becomes difficult to “police” all the conversations. Schulze did two things to keep erroneous posts at bay: First, he provided participation guidelines as a featured discussion, to that all members new and old are reminded about what’s appropriate and what is not. Second, he recruited members of the community to help manage the community. “Over time, the community becomes a truly self-organizing system that, guided by only a few rules, will ensure a successful place to connect and exchange ideas,” added Schulze.

Schulze blogs at Everything Technology Marketing and can be found on Twitter @HolgerSchulze.

If you enjoyed this post, you might also enjoy:
Unconventionally creative: a non-PR PR case study
Ten (and a Half) Great Social Media Successes 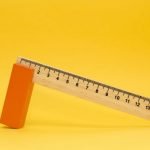 PR Measurement: A Pulse Check on How Communicators Show Value 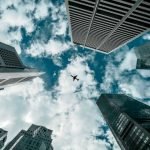 Alignment or Overlap? Marketing with Your Sales Shoes On [UML]

I’m quitting social media…but only for a couple weeks. How I will survive so unwired? Suffice to say I’m plugging...