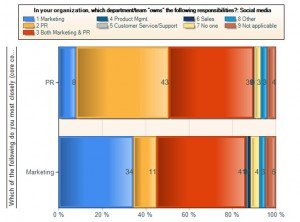 Ownership is getting a bad rap. Some of the most epic battles in history were fought, (and are still being fought) over rights to land, water, even air space. The battlefield may be a poor analogy for the corner office, but when it comes to “ownership” of social media, the dialogue has certainly heated up.

A recent Vocus survey on integrated communications found that the most contentious question centered on social media. Forty-three percent of those identifying as PR professionals said they own social media, while 34 percent of marketers put the same stake in the ground. A sense for how deeply divided these two groups were was evident in the open-ended responses. “Condescension” was the word Jennifer Kane used to describe those from PR pros in her assessment in a blog post.

Mark W. Schaefer was equally sharp, in my view, when he wrote this post explaining why he thinks Marketing should lead organizational social media efforts: “I have an anti-ridiculous-strategy-bias. And to claim that PR should lead customer-facing activities is ridiculous,” he said.

Mark wishes the debate would end, a sentiment echoed by Jeremy Porter in this blog post Journalistics. “While I think it’s the wrong question, it’s clear that the issue is important among survey respondents.” Porter later continued, “That said, the ‘turf wars’ aren’t going anywhere anytime soon.” Indeed the debate is not going away because as social media becomes more pervasive as a channel — for communications, marketing or otherwise — so too will the question of ownership.

The notion of “ownership” in social media is seeped in irony. As Adam Vincenzini wrote to me from London, “Anything that potentially involves additional revenue can be classed as a ‘turf war’. What is ironic about this example is that the very medium in question is built around sharing and collaboration.”

Viewpoints on the question of ownership are as varied as they are compelling. Wanting to collaborate a bit for this post, I turned to a logical resource for more answers: social media. I posed the ownership question to a handful of marketing and PR professionals I follow — and respect — on Twitter. Most responded on Twitter, however a couple responded by email.

In some cases, I have made minor edits for clarity — especially for those comments offered in 140 characters or less — but to the best of my ability, I have kept to the veracity of their words. There comments are as follows:

PR should lead social media efforts. Leadership is different in my mind than “ownership.” PR should champion the cause and shepherd the efforts. PR should have an inclusive philosophy with respect to social media: ceding ground often, be willing to experiment, compromise and allow those with a contribution to speak in their unique voice.

1. When “everyone” is responsible, no one is responsible. Someone needs to be held accountable and be granted the authority to effect change. Finding the right person, or people, is the key element. No one “owns” the telephone, but then, sales people don’t make calls without product training and scripts. Marketing doesn’t “own” email, but then few marketers initiate direct email campaigns without checks and balances.

2. Social media rejects commercialization. If all you do is Tweet your own stuff no one will follow you. If the only thing you blog about is your latest Webinar, few readers will subscribe. PR people inherently understand this concept: they’ve earned a living working with editorial contacts and decision makers who reject solicitations in editorial content. The category of content PR people have produced for years — the unseen media pitches and contributed articles — is well-suited for social media. In a social media world, everyone is an editor.

3. PR reports (or should report) to marketing. The CMO bears the responsibility for the corporation’s reputation, brand, lead generation and shares responsibility for revenue. There are a variety of tools in the CMO tool kit and each has benefits and drawbacks: you can’t build a house with just a hammer, yet you also cannot build a house without a hammer; you will also need a saw, a screw driver and a tape measure, let alone plans, permits and architecture. PR is a special tool and the CMO’s job is to draw up the plans and ensure the right tool is used for the right job. PR is the right “tool” for social media, but ultimately, in my mind, that means if anyone “owns” social media, it’s the CMO. 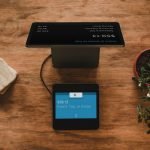 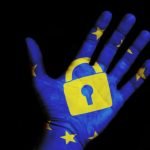 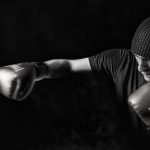 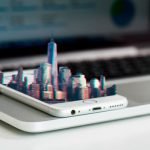 The Future of Marketing Looks More like Public Relations

by Frank Strong Twitter auto DMs or automated direct messages are awful things are they not?  Nothing says, "my time is more...