What Sarah Palin can Teach Reporters about Social Media 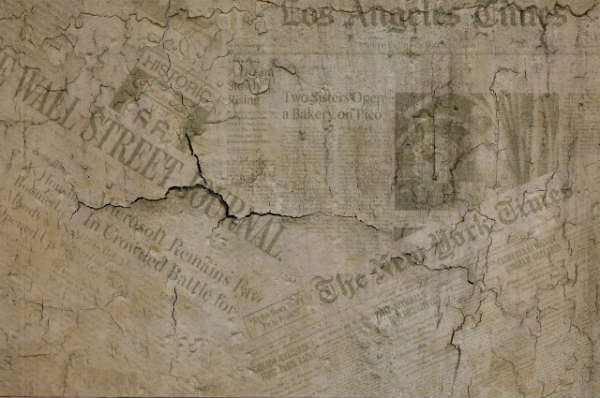 Social media is a big part of the reason why this is happening. Dog bites Sarah.

It’s a radical move for the old school, but The New York Observer is doing it: paying bonuses for page views and Twitter followers. Welcome to click-based journalism.  Pay people to write content readers will devour.

This will undoubtedly grate on traditionalists. “I didn’t attend no high-falutin’ journalism school, but if I had, this would make me even more depressed than usual,” reads the first comment on the story.

Like it or not, the world has changed. The media business is struggling to make money. More importantly, this fact is why social media should be important to reporters: “Expanding two-way information flow between news outlets and the public yields big benefits for both,” read one subhead of an Austin-Statesmen article.

At a media panel tonight, I heard three reporters, who cover down on politics (and I suspect the comments would be different if they covered technology), make comments (paraphrase) like this:

I wouldn’t have been surprised at all if these comments were provided by an old school newspaper editor…but CNN and Politico?  Politico was one of the first to buck the system since it’s published entirely online — and CNN has built a reputation for being forward thinking and quick to adopt social mechanisms like Facebook’s “Like” button.

One reporter noted that while he doesn’t use social media, his organization has a staff that ensures every post they write goes out on Twitter, Facebook, and several other social mediums.

The PR person next to me leaned over and said, “That sounds like what Coke does with their press releases.” Output only.

Social media is about engagement. Community clicks are earned, especially if what the Observer is doing catches.

One reporter skeptically noted that Sarah Palin endorsed Carly Fiorina (Fiorina is running for governor of California) today: she made the announcement on her Facebook Page of all places.

Why she would make such an announcement on her Facebook page and not her website? His logic was that her website is where her political action committee (PAC) can collect money from donors.

The reason is simple: interaction. There far less opportunity for interaction on a website. Just wait for the day when CNN posts to Facebook first, and then on their site. And for the record, just like the iPhone, Facebook has an app for donations — it’s the fourth tab from the right on Sarah’s Facebook page (at the time of this writing).

What if CNN’s Facebook fans exceed the number of site visits CNN.com gets on any given day? Would it make sense then? What if Facebook grows to 1 billion users? How about 2 billion? In a few years, that’s not beyond the realm of possibility.

The question came up again during Q&A — why not interact with readers?

Answer: There are too many comments, we’re short staffed, on deadline and don’t have the time.

Fair enough, as they might say in Boston, but do you compete with blogs?

Answer: Absolutely. We want to break the news, we don’t want to miss a scoop and be relegated to quoting a blog.

Well, do you think those bloggers you compete with respond to comments on their posts?

Answer: Probably. But we don’t have comments on our site. We have email addresses, those are public and we’ll engage readers via e-mail…at least those with something worth saying.

But that’s missing the point of interaction. Okay how about Twitter? Is Twitter important? Should you connect with readers there?

Answer: I don’t want to give my scoop away. I also don’t care what you ate for lunch. Maybe if you had 30,000 followers I might reply, but I can’t answer everyone. You build relationships over coffee not over Twitter. However, politicians and businesses should do this social media stuff because it’s good for brand building. You know, if you are on Twitter, you avoid coming off like you’re stiff.

Great point….should journalists try to build brands? Especially if they might be paid for clicks and Twitter followers?

Peter Cherukuri from the Huffington Post stated the responsibility for managing interactions falls on the media company, not the journalist.

“The story doesn’t end when Jackie [a reporter] files her story,” he said, noting it’s just the beginning of the conversation.

Cherunkuri said the HuffPost moderates comments and the company is actively exploring some new initiatives to reward those readers offering insightful comments — something of a point system that rewards good comments with status. It’s worth noting Cherunkuri is management, not editorial.

Should a media company be responsible for managing the interactions spawned by a reporter’s story? I’m not sure, but I know those interactions are important for reporters and to that end, here are a few ideas for fostering:

I believe traditional media still matters — and love her or hate her, Sarah Palin understands engagement and is building influence. She’s playing to her base and stirs a passionate band of followers. Put aside your beliefs, political inclinations or whatever, and consider her approach.

by Frank Strong Ownership is getting a bad rap. Some of the most epic battles in history were fought, (and...