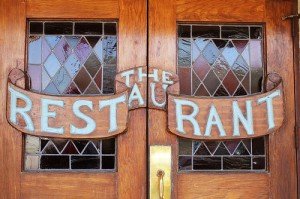 There’s an old saying — if you want to understand someone’s character, watch how they treat the wait staff. Restaurant patrons can be finicky about dining, decor and service, but there’s a gray line between expecting good service and abusing the help.

So too I feel it is becoming with social media — and specifically the trend for explosive, possibly litigious, online rants. “Cyberdisinhibition” was the word eMarketer used to describe the emboldened behavior being observed online as stakeholders, steps removed from the intimacy of interpersonal communication, are more inclined to “lash out” at a company that falls short of perceived satisfactory marks.

Lashing-out in the context of the eMarketer report, is a negative behavior and hopefully, it’s an action of last resort — that is to say a wake up call to an unresponsive, inconsiderate or ill-advised company that has failed to answer reasonable requests to resolve an legitimate issue. Unfortunately, it’s becoming a readily available technique, that’s very easy to use and much harder to resist.

The nature of mediums like Twitter provide a very public platform for complaints and the quick responses from the object of a given complaint serves as positive reinforcement Why shouldn’t it be that way? It’s instant gratification. Who has time to actually pause for an answer?

We live in a world where complicated problems are presented — and resolved — in cleverly scripted, 30 second television spots. A drink for energy. A pill for weight loss. No money down. Thirty minutes newscasts no longer adequately meet our needs for timely information. We want it now — in 140 characters or less — trading accuracy for time, and moving on to the next exciting flash on our ticker. Any challenge that requires more than a Tweet’s investment, is far more than an inconvenience, it’s an outrage of nuclear proportions. This calls for a policy of preemption. Even Neil Postman might no longer tittle it amusing.

Yet the consequences of this psychology for the PR professional are often dramatic: a nominal issue that can be easily resolved escalates from zero to 60 at the speed of a keyboard. An ugly Tweet, multiplies like Gremlins, which leads to a blog post or a contentious remark in Google Sidewiki and continues to grow. It has seemingly limitless potential for the exponential. PR professionals, who are increasingly finding their role overlap with those traditionally associated with customer service and support, are blindsided and scramble to understand the issue and context.

This instinct is right. PR professionals should respond, reach out, and to do everything possible to bring the issue to a resolution in a timely fashion. Speed matters. Ideally to we hope to find those disparaging posts deleted, edited, retracted, or at a minimum, subside. It’s a sound approach but sometimes it doesn’t work: cyberdisinhibition gives way to cyberintimidation. It is in effect, if I may be so bold as to say, the act of holding PR hostage.

According to the same eMarketer report, 20 percent of Internet users and nearly one-quarter of men lash out at brands online — a fact that I found astonishing, and led me to personal introspection. Still, for those in PR, it’s a serious concern, yet it’s also one that I believe will come to terms as we continuously process and socialize the dynamic landscape of new media. Even as PR professionals worry about organizational reputations, individual social media users — the ones prone to explosive, and irrational tantrums — will soon find they have similar concerns.

This year may well have been the capstone in the disintermediation of journalism, an awakening to an evolving media landscape and the transformation of the meaning of influence. In the same way, I believe 2010 will bring a period where corporate stakeholders, including customers and prospects, begin to rationalize online rants, to take them with the preverbal grain of salt. We will see a defining difference between those who have a legitimate gripe and those — who no matter what — will never be satisfied.

To be clear, I’m not suggesting the expression of well-founded frustration is the same as the habitual, relentless or questionable rant, because it’s not. However, if you want to get perspective of someone’s character, then pay attention to how they treat the help. That will have a dramatic impact on personal credibility in 2010.

by Frank Strong Twitter's potential may seem limitless, but it surely has limits. Just wait until you hit the ostensible...