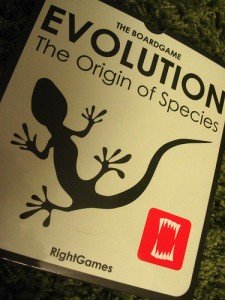 What was the biggest lesson we – marketing & PR – learned in 2009? Adaptation.

It’s fascinating to watch a new industry evolve. A forward-thinker identifies a business problem, a gap in existing product lines, or discovers a better, faster or easier way to conduct business, and magnificent transformation is set in motion. Sometimes this transformation is in thinking and sometimes in innovation.

The sun does not revolve around the earth. The world is not flat. Man can fly.

Why do we resist change when change is so inherent to life? Change finds holes in long-held assumptions, challenges the way we think, and forces us to examine our values or reassess what we value. To paraphrase Chris Anderson, it’s not that subsequent generations value things less, it’s that they value things differently.

PR has come a long way since P.T. Barnum handed coins out to children to improve his image, but these changes have been relatively minor. Rather than change, per se, it’s an increased level of sophistication. For the most part, PR has done things the same way for the better part of 50 years, until 2009.

Some might say that social media has dramatically and rapidly changed PR. That is both right and wrong. In 2009, the industry realized that PR had changed, the change was indeed dramatic, but it was not rapid. Social media has been seeping into the PR lexicon slowly but surely. It has been steady — a drum beat that started faintly and grew louder and louder — until 2009 the volume was such it could no longer be ignored. It’s not going away.

Go ahead, build a business case, analyze the ROI, justify the benefits and then sprint to catch up with your peers six or 12 months from now.

Over dinner a few weeks ago, the general manager of the DC office of a global PR firm commented to the effect, what has senior PR management been doing the last 15 years? This stuff is not new. Online news releases are not new. Bulletin boards are not new. The Web is not new. Yet when social media’s wave reached tidal proportions, senior management called the young account executive to their office and ask them quietly to show them what this social media stuff is all about. Some, apparently, just left it at that.

It may well be too late to surprise anyone on the now conventional social networks, that general manager continued. Twitter is old news now. Facebook has been done. Social bookmarking is relatively mature. If you want to get up to speed on social media, you don’t need to catch up: you need to think about what’s next. That is in essence, the spirit of adaptation.

Note: this post is part of a panel of bloggers – a blog panel – four of us who have teamed to hold an online discussion of sorts answering three questions on which we have previously agreed. This is the first of three questions, which will be answered over the course of about a week. Please visit my fellow panelists to see how they answered the same question. It’s worth pointing out, we all met on Twitter.

‘Tis the season: 7 creative PR ideas for the holidays

Santa's coming to town -- what clever PR campaigns are out there spreading the word mixed with the scent of...