Home > PR > Hypothetically, “What If” Questions in PR Lead to Bad News

Hypothetically, “What If” Questions in PR Lead to Bad News 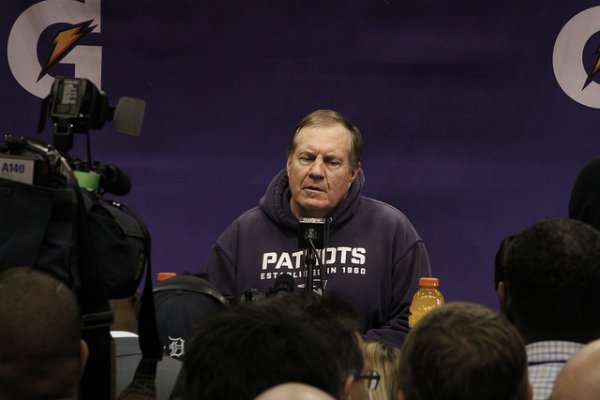 Bill Belichick made a questionable decision in a game last Sunday that probably cost the game — but true to his usual form, he wasn’t much for taking questions. Still, there is a PR lesson in his succinct, unemotional and deliberate answers.

Consider this snippet posted by the Boston Globe where a reporter asks a hypothetical question:

Reporter: “Would you do it again?”

Belichick: “You only get one chance.”

Hypothetical questions are enchanting because we instinctively desire to defend our reasoning — as if we explain it — they’ll all agree and understand. It rarely works out that way. Hypotheticals are also dangerous because the answers often lead to an equation where the variables might change at any given moment — or in this case on any given Sunday.

Think about the second and third order of effects of answering that question. If Belichick answered “no” then he’s admitted a mistake and if he answered “yes” he’s stubborn.

Sure maybe he can pitch it that he’s learned from his mistake or maybe he can point out it was a calculated risk since he made a very similar call in a game earlier this season against Tampa Bay that worked out in the Patriots’ favor. In either case, those rationalizations are exactly the point: they lead to another hypothetical question…and another…and another.

Sunday’s decision is not a good news story and the best thing the Pats can do is put this behind them and prepare for next weekend. That would be harder to achieve if the organization faced an enduring media distraction fueled by hypothetical questions.

Are Embargoes and Exclusives Still Useful in Media Relations?

Misunderstood. That was Howard Stern's pitch in a movie aimed at reinventing himself. But as far as celebrity PR makeovers go, a...