Home > PR > PR: getting slammed for taking a stand

PR: getting slammed for taking a stand 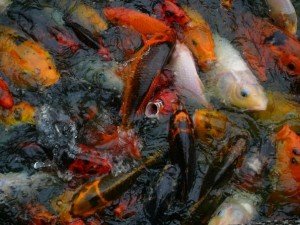 This post isn’t about products. It’s not about which one is better. It’s not about the benefits or drawbacks of open source software versus proprietary software. Its about PR. It is the chance to take a step back, and consider how things have changed in PR.

In year’s past if company found itself rolled in to a controversial public debate there were in essence three choices: buy a full page advertisement in a major daily newspaper and spell out your case, put the PR department to work or do both.


The former was a guaranteed way to get your point across, though few people buy newspapers for the advertisements, save perhaps, for the classifieds. The latter might net an audience and maybe someone would consider your point of view. However, nothing was guaranteed. That’s still true.

The fact that Novell lost this account to Google Apps is big news. It’s a controversy in it’s own right. I admire LA for being so bold; as the adage goes, no one gets fired for buying from IBM. PC Magazine asks, “How many of those CIOs do you think are looking for a graceful way to bail on Novell ASAP, lest they find themselves in the company’s crosshairs when change finally comes?”

Let’s flip that question on its head: should Novell remain silent? Should it just sit by and let things go? Maybe. Maybe not. The company is already taking a beating online for expressing its view. It’s Saturday. It’s likely more will follow. But I don’t blame the company for putting a stake in the ground.

LA is a big city: this isn’t about a multinational conglomerate bullying a Mom and Pop store. Security concerns over cloud computing are newsworthy and valid. The fact that Novell believes as much probably doesn’t catch many industry watchers by surprise, let alone LA.

Even while my PR instinct pauses at the idea of a company publicly singling out a (seemingly) former customer — on the other hand, I admire the Novell’s boldness too. Any company has the right to look out for it interests and it should put forth it’s view point. Moreover, I think any company has an obligation to clearly articulate it’s position — the market should be able to read or hear exactly what the company believes: certainly it’s natural to disagree with an opinion, but there’s little fault in actually having one.

I’m sure Novell did not publish that blog post on a whim; the tone is matter-of-fact. As that post and subsequent online rebuttals demonstrate, new media has changed the landscape. The PR professional’s job is to help a company articulate its ideas: to advocate, to influence, to sway perception. Novell’s PR department has tapped new media to that end; maybe it will be successful. Maybe it won’t. But good for them saying what they mean and meaning what they say.

Disclaimer: About a year ago I worked for a start-up that was acquired by Novell. I was granted severance. The process was cordial. Though I have spoken to some individuals who still work for the company since, my interaction has been of a professional networking nature, not business.

How a Brilliant and Creative PR Idea can Flop [Case Study]