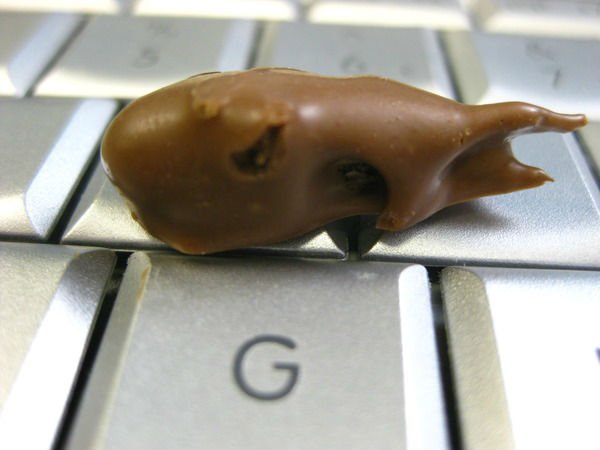 Mr. Miyagi once said, “The best block is no block.” Perhaps that might be also be true of PR: the best PR is not PR…after all, isn’t that what PR is all about?

GotVMail rebranded itself Grasshopper, Inc. and to kick off its campaign the company mailed chocolate covered grasshoppers to 5,000 influencers, that would turn into a PR case study.

The company also pitched a YouTube video that has since received several hundred thousand views and reached one-million people on Twitter. Further the company has tabulated more than 119 blog posts, 43 articles and eight national TV broadcast segments among a dozen other measures of success the company has disclosed.  There’s plenty of counting left to do.

What’s more amazing about the results was the PR strategy behind it, or more accurately, the absence of one.  At least in the traditional sense circa 2009.

There was no press release to kick off the campaign. No pitch letter. No fact sheets. If anything, the campaign only lacked basic PR building blocks, it had an element of mystery or even confusion.  In fact, you’d be hard pressed to find an online newsroom, in the traditional sense, on the company’s Web site at grasshopper.com. No one at Grasshopper, Inc. carries the words “public relations” or “marketing” in their title.

The next best thing? Jonathan Kay, whose title is “ambassador of buzz” and though at first brush it might sound a bit contrived — when you speak to him it’s quite clear it is not: Kay’s background is in recruiting, not in marketing or PR. He’s got people skills, he says. (Note: In 2009, creative titles like this one were not the norm they are today).

“PR to me is talking to the community. I want him (Kay) talking to people and having conversations,” said David Hauser, co-founder and CTO of Grasshopper, Inc. “We are not doing things like everyone else.”

What’s in a company name?

With or without PR counsel, the company recognized it’s old name — GotVmail — was problematic and had been so since the company was founded in 2003. The name was hard to spell, customers were often critical and despite claiming one-tenth of the market share in its space, the company had little brand recognition.

This identity crisis may have even reached a culmination point when about a year ago, a soft drink vendor making a delivery presented an invoice addressed to “Got.mail.” Few things in PR can compare to what it must feel like to have your company’s brand confused with something of a cross between a bad film from the 1990’s and a dairy commercial.

Hauser & Co. knew something had to give.

Grasshopper sells automated voice systems — the kind any company might have with a toll-free 800 number and a system that directs a caller to the right extension or department for help. It’s an age-old telecom business as Hauser notes, private branch exchange — or PBX — but it’s often delivered by big suppliers for big customers and at big costs. As such, to implement an enterprise-class PBX system, customers are often required to purchase a manufacturer’s hardware, like phones, to match the software, and perhaps hire an administrator.

Expenditures like this are simply not feasible for a budget-conscious entrepreneur trying to keep operating costs low. Grasshopper’s service is different — it’s virtual — and the company has packaged their offering, from pricing, to administration to the equipment needed accordingly: customers can use what they’ve already got — no need to buy new equipment.

True to its unconventional style, Grasshopper did not hire branding consultants or conduct focus groups to select its name; it didn’t invest in survey research to confirm it’s assumptions. Rather the company debated a variety of names internally, someone suggested “Grasshopper” and the idea stuck.

However, it’s important to note the name selection wasn’t baseless and once a decision was made, the company never second-guessed itself.

“A grasshopper jumps 10 times its body length, it always jumps forward and we could buy the domain name,” said Hauser when asked how the name was chosen. “We did not do a lot of research (once the name was selected) and we never looked back.”

Hauser said the company sees its value as “empowering entrepreneurs to succeed” and as such, linking its namesake to the entrepreneur was the purpose of the campaign.

To developed a list of 5,000 influencers, Grasshopper first observed its customers: the selection criteria was based on who the company deemed had influence on its buyers. For example, Guy Kawasaki, a well-known entrepreneur, author and early-stage investor made the list.

So too did a number of bloggers who had well-ranked blogs that reached Grasshopper’s buying community. Kawasaki and others posted comments on their Twitter accounts too which helped fuel the discussion in social networks.

Grasshopper also included the U.S. Congress — all 535 members of the House and Senate were on the mailing list. President Obama too was mailed a package of chocolate covered grasshoppers.

To date, not a single politician has so much as acknowledged receipt of the package, which the company notes is ironic given the volume of lip service politicians have recently paid to the importance of small business as an engine of economic revival and the backbone of the US economy.

The Department of Homeland Security, however, did take note and called Grasshopper’s offices to inquire about the suspicious packages.  Maybe leave the politicians off the list next time, 4,500 is still pretty astounding.

Of the 5,000 influencers sent packages via FedEx, somewhere less than 10 percent were traditional journalists. However, Kay, Grasshopper’s Ambassador of Buzz, noted the conversation-starting power of chocolate covered grasshoppers in a newsroom. Journalists that might have otherwise been dismissive — not only took

Journalists that might have otherwise been dismissive — not only took pitch phone calls but were enthusiastic about it: reporters were already daring each other to take a bite of the chocolate covered insects. In fact, at least four chocolate grasshoppers were consumed during live TV or radio broadcasts.

“OK, I’ll bite … but I won’t eat a grasshopper,” read the tongue-in-cheek headline for a story that Network World’s Paul McNamara wrote in May 2009.

Others wrote stories as well, but it seems these would-be tasty treats also had a shelf-life: More than a month later Mashable titled a blog post, “Dead Grasshoppers Give Life to Social Media Marketing Campaign.” Ten days after that, even

Ten days after that, even The Wall Street Journal sampled the campaign and found it still had legs and published its article, “How Chocolate Covered Grasshoppers Inspire Entrepreneurs.”

“Buzz” was the stated goal for the campaign, and aptly so since the effort did, in fact, feature an insect. However, Hauser also pointed out that the new name — a now recognizable brand name — has tangible benefits, other than buzz, such as a lower cost of marketing. For example, the company can now run 15-second radio spots, where the old name GotVmail, would have taken longer spots to articulate and present the value proposition.

Authenticity is What Matters

Besides amazing results, what fascinates me the most is that Grasshopper didn’t start this campaign with veteran PR or marketing guru on retainer. No one reached into a magic bag of tricks to pull a clever or proven PR tactic. The campaign, which by most standards was wildly successful, was generated by a few entrepreneurs, albeit veterans, passionate about their product, kicking around a creative idea.

When asked what he’d say to those looking do develop creative marketing or PR, Hauser’s advice is simple, “Be authentic and honest. Being creative isn’t sitting in a room and thinking something up. It’s being authentic to your company and culture.”

If Mr. Miyagi had been instructive on PR, he might not have said it any better.

Despite the commentary over the demise of newspapers, The Wall Street Journal has been almost stand-alone in its ability to retain or grow...