Home > PR > 7 PR Strategies for Dealing with a Negative Blogger 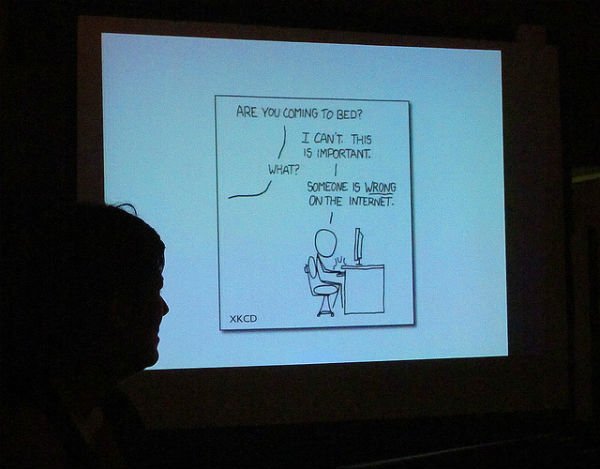 By all indications, we were having a successful technology product launch. We had pre-briefed select media, analysts and influential bloggers and publicly announced an innovative product at a Gartner trade show. The buzz was good…no in fact, the buzz was great.

We had validation from customers and industry analysts — a fact that was reflected in the media coverage, which was both high in volume and quality. “Forward thinking,” “innovative,” has “leap-frogged the competition” were just some of the favorable reactions we saw in the public domain. A PR dream right?

Then after a few days after came one post from a particularly influential blogger, who casts himself as a skeptic of IT vendors and products. His headline flatly accused our company executives of smoking drugs — that our claims and our new product — was a delusion. His post was merciless, scathing and felt, unjustified. He had published his remarks without speaking to us and more importantly, without seeing the product.

Dealing with a skeptical blogger can be dicey. Collectively our team analyzed the problem and then laid out and executed a strategy. It’s important to reiterate that we not only believed in our product — the enthusiasm internally was overwhelming — but we could prove it with a demo and testimonials from our beta customers and experts that focus on this particular market segment. Here’s what we did:

We felt the answer was no. This guy wanted to be a negative blogger, a skeptic and even if he did accept a briefing call, the outcome would not be positive. Therefore our strategy was to isolate this blogger, by educating his peers and providing ample materials in a variety of formats to let people come to their own conclusions.

2) We put our own blog at the center.

As a company, we never directly addressed this individual blogger or acknowledged his post; we kept all of our communications positive and professional. We posted or linked to the overwhelmingly positive coverage that already existed. In addition, we continuously updated our blog with new screenshots and use case scenarios. The visual elements were key: it is one thing to make a claim and quite another to demonstrate it.

3) Target the sphere of influence.

Bloggers talk to other bloggers and often do so publicly by commenting on each other’s blog or by cross-referencing each other’s posts on their own posts. These are people I think of as peers in the same sphere of influence. We identified other bloggers in our skeptic’s sphere of influence — particularly those we felt would be receptive to a demo or briefing call. All we asked for was a fair evaluation, good, bad or indifferent. We set up six such briefings and the resulting coverage trickled out over the next couple of weeks — mostly positive and some neutral. None of it was negative.

See these related posts:
How Long Should a Blog Post Be? [A Data-Driven Answer for B2B]
B2B Blog Metrics: 4 Effective Categories to Measure Success
12 Ways to Leverage Your Existing Investment in B2B Webinars

We also targeted additional industry analysts from smaller firms — those other than Gartner or Forrester. In particular, we identified one analyst firm that we believed was especially Web 2.0 savvy and had some cross-blog chatter with the skeptic. We sponsored a recorded webinar, which was basically, an analyst moderated demo. The analyst would not guarantee his commentary would be all positive prior to seeing the product, but that was just fine with us. First, that’s exactly the credibility we wanted and further, we believed our product would speak for itself…and it did. Second, the webinar was posted to this analyst’s own widely read blog and we, of course, had the rights to post it on our Web site and our blog. Another visual aid.

There was one incident that could have been prevented and was eventually stopped but only after the damage had been done. One well-intended employee had logged on to the skeptic’s blog as an anonymous commentator and published several impassioned rebuttals. This resulted in a sharp exchange back and forth between the blogger and our employee. Our employee’s reaction was understandable — he had poured his heart into this product and he was upset by what we all considered a baseless and unfair assessment — yet we could have prevented this by doing a better job of communicating internally what was being done to address the matter.

6) So what was the outcome?

As other bloggers in the same sphere of influence began to publish their thoughts, which contradicted those of our skeptic, and as we added to the wealth of multimedia and posts on our own blog, subsequent comments by this skeptic were, well, notably less skeptical. He was the lone horseman. The only guy that hadn’t seen the product and yet was providing a negative review. We believed his commentary had been mitigated…it simply wasn’t credible.

This scenario reminds me that not all bad buzz is bad. The skeptic’s comments threw fuel on what was already a firestorm of positive public contributions. His reaction drove traffic to our blog, Website and related media articles or posts. In effect, he provided overwhelmingly positive attention that otherwise would have been unattainable.

The debate encouraged people to take a closer look at our product, tune in more closely to the very public discussion and we believe actually helped us pull other fence-sitting pundits and prospects into our corner. Most proudly from a PR perspective, new articles and blog posts that characterized the new product in a positive manner continued to trickle. It was certainly the most successful product launch in the company’s history and in my own career.

If you could send one Tweet to the entire Twitter user base -- which may well presently exceed 10 million...