Same store sales are a key industry metric for the retail industry that allows analysts or market researchers to distinguish between revenue growth from existing store and sales from new stores. This metric goes to the heart of why Chrysler and GM have recently cut off ties with so many existing dealerships around the country.

GM and Chrysler have over the course of time, so saturated the market with dealerships, that it stiffened the competition to the extent it dragged on profitability: who would buy a car from one dealer without going across town to visit one or two competing dealerships and play them against each other?

It’s a losing proposition for the business. In the case of automakers, the growth in new stores, often a sign of potential future earnings, actually cannibalized profits and contributed to the current demise.

Contrast this with Starbucks’ expansion efforts — prior to its ill-fated attempt to broaden its position by offering more than just coffee. In the height of its previous growth, the company actively opened new stores within a block of each other if not closer.

It’s a market strategy that even in the course of the company’s current revival effort, remains sound. Why then, would this not cannibalize profits to the same effect it had on dealerships? The short answer is the market dynamics are different.

Commuters on their way to work might poke their head in a Starbucks, see a long line and decide the wait is too long. They move on, perhaps to another store or to settle for the cheap coffee provided in the office. By concentrating stores, Starbucks is able to shorten lines yet increase volume at a rate that is still profitable — thereby increasing both top and bottom line figures.

The dealership business model is a big ticket item purchase. Buyers tend to be slow and deliberate in considering options before committing to a purchase. The coffee business is about convenience, the price of a cup, even by Starbucks standards, is relatively disposable. 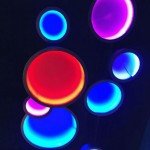 ROI: Is Marketing Getting Harder or Easier? 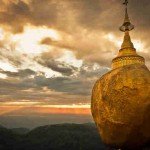 by Frank Strong Much has been written about how Twitter will change the world, but I also believe personal Twitter – specific...