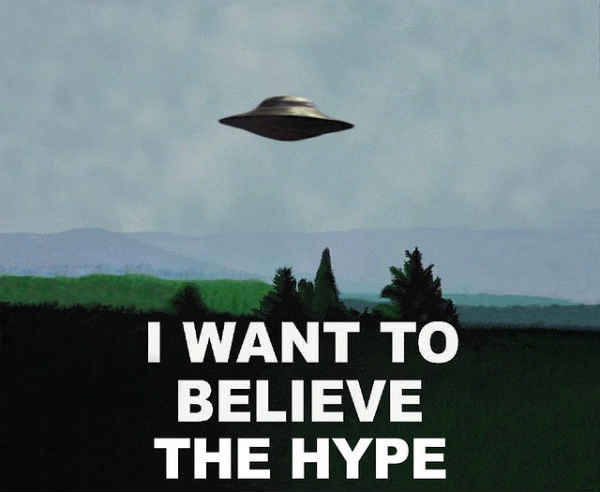 If Gartner had a Hype Cycle for marketing’s use of social media, I’d venture to say we might be at the “Peak of Inflated Expectation.” Needless to say, social media as a promotion tool is still in its infancy, but there are more and more solid case studies emerging.

I’m always on the lookout for demonstrative examples of social media and found one here by Mia Dand on Ford’s use of social media. The case study titled, “Ford Case Study: Control is an Illusion in the Social Media Age” was published on her blog Marketing Mystic.

Here entire post is worth reading in its entirety, but I had five take-aways to share from the Ford social media case study:

1. Let other’s say it for you. Mia wrote, “Ford adopted an open and pragmatic approach to their content strategy where they started by helping online content producers to start conversations and tell richer, better informed stories by providing them with great content that even the “Citizen Journalists” could access easily and use to tell their own stories.” In my view, there’s nothing you can say about yourself that will be nearly as powerful as someone else saying it about you. It’s third-party validation.

2. Cede control. If you are going to let others – or better yet enable others – to talk about you, by definition you have ceded control. As she noted, “By sitting down with the legal folks and demonstrating value to the folks who are most interested in controlling the content, they were able to change the way content was treated at Ford.”

Ford’s approach was so successful because they didn’t use this as a trendy one-time campaign but rather as a revolution in the way Ford, traditionally treated its digital assets and controlled access to them.

3. Unintended consequences can be good. Ceding control means the outcome can be unpredictable, which means there is tremendous credibility in those outcomes. Ford scored an “unsolicited placement in Wired magazine” perhaps in part because, “Wired and other news media are subscribed to Ford’s SMPR [Social Media Press Releases] feeds and they regularly pick up stories without having to be pitched.” Further, “their content has been used in over 5,000 posts since Sept 2007.” Imagine…5,000 posts! As the tag line of one of my former employer’s used to read, “if they aren’t talking about you, they are thinking about you.” From a marketing and public relations standpoint, the latter is far worse.

4. Focus on the long term. Social media hype may be at its peak, but it’s probably a safe bet to say it’ll be around for a while. It’s also likely to only get better. Marketers should be thinking about incorporating social media for the long haul. Mia is careful to point out that, “Ford’s approach was so successful because they didn’t use this as a trendy one-time campaign but rather as a revolution in the way Ford, traditionally treated its digital assets and controlled access to them.”

5. What’s the ROI? ROI is and should be an important question, but the inability to measure a tactic should not automatically exclude it from the marketing mix. Buzz may be hard to define, but you know it when you see it and the benefits are self-evident. So what is the ROI of Ford’s social media strategy? Their answer was, “What’s the ROI for putting on your pants every morning? But it’s still important to your business.”

Does marketing in a recession make sense? Ford’s example just might be more evidence that it does. While it may be difficult to directly or empirically attribute Ford’s marketing efforts to market share, but one thing is clear: in an industry that is embattled, Ford isn’t taking any government bailouts. That speaks volumes. In fact, Ford’s boss told NPR, “The good news for Ford is that our market share has been going up and up each month.”

Newspapers need Google, not the Other Way Around

by Frank Strong Since it's so relevant to my line of work, I've paid close attention to the plight of...